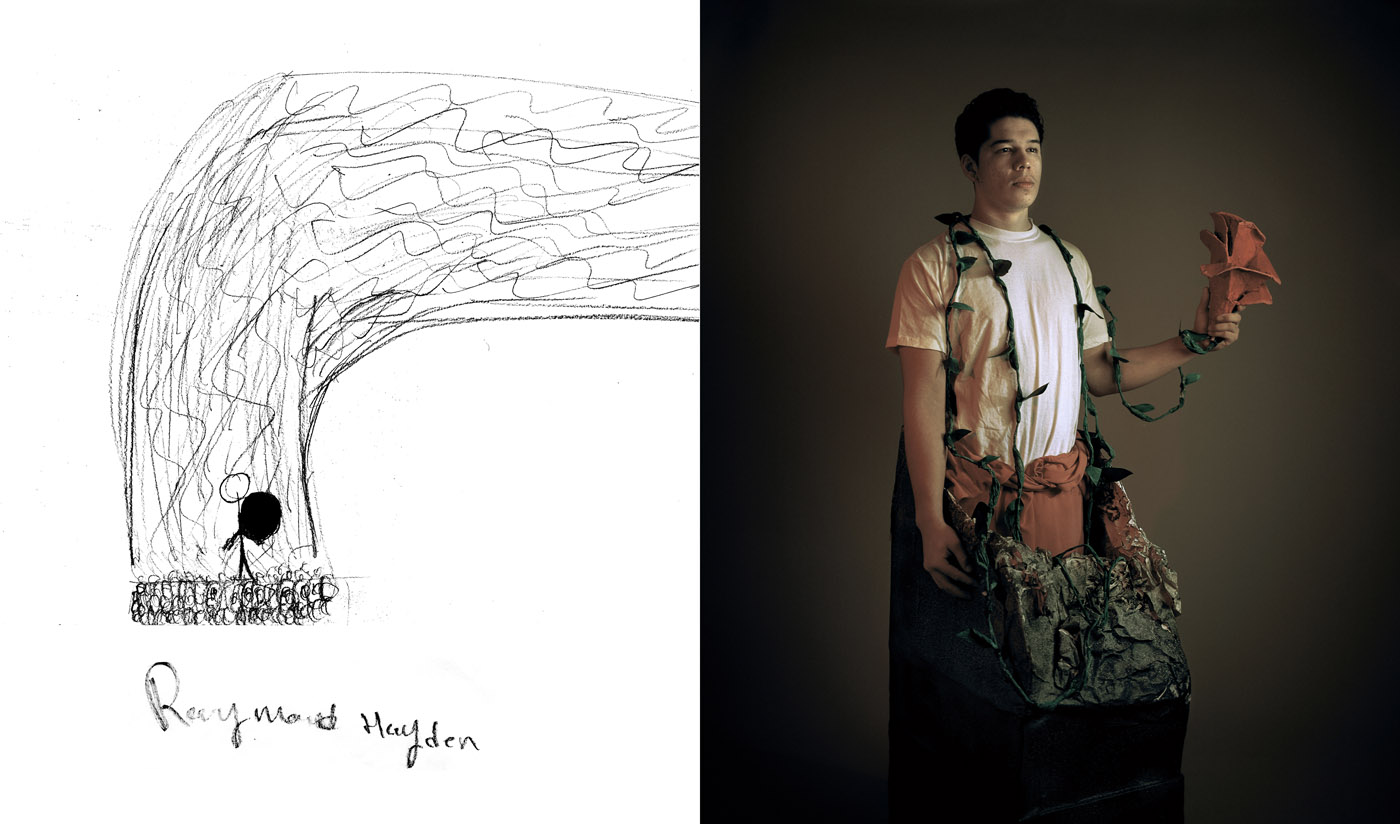 "Caption by Raymond: I don't know where to start. The inspiration for making art is to strengthen myself in the process. This first time that I have ever gotten into a project. This project has helped me realize things I didn't know about myself. I didn't recognize the strength I had... and also the beauty in the other people as well as myself. My art is different type of art- it isn't drawing or making shit... it's like a form of art of the mind. Thought is endless. There is more than one possible way to think. For myself, I hope to spread strength and love."
Winner: Justin Maxon
Project Statement: Livin’ the Dream 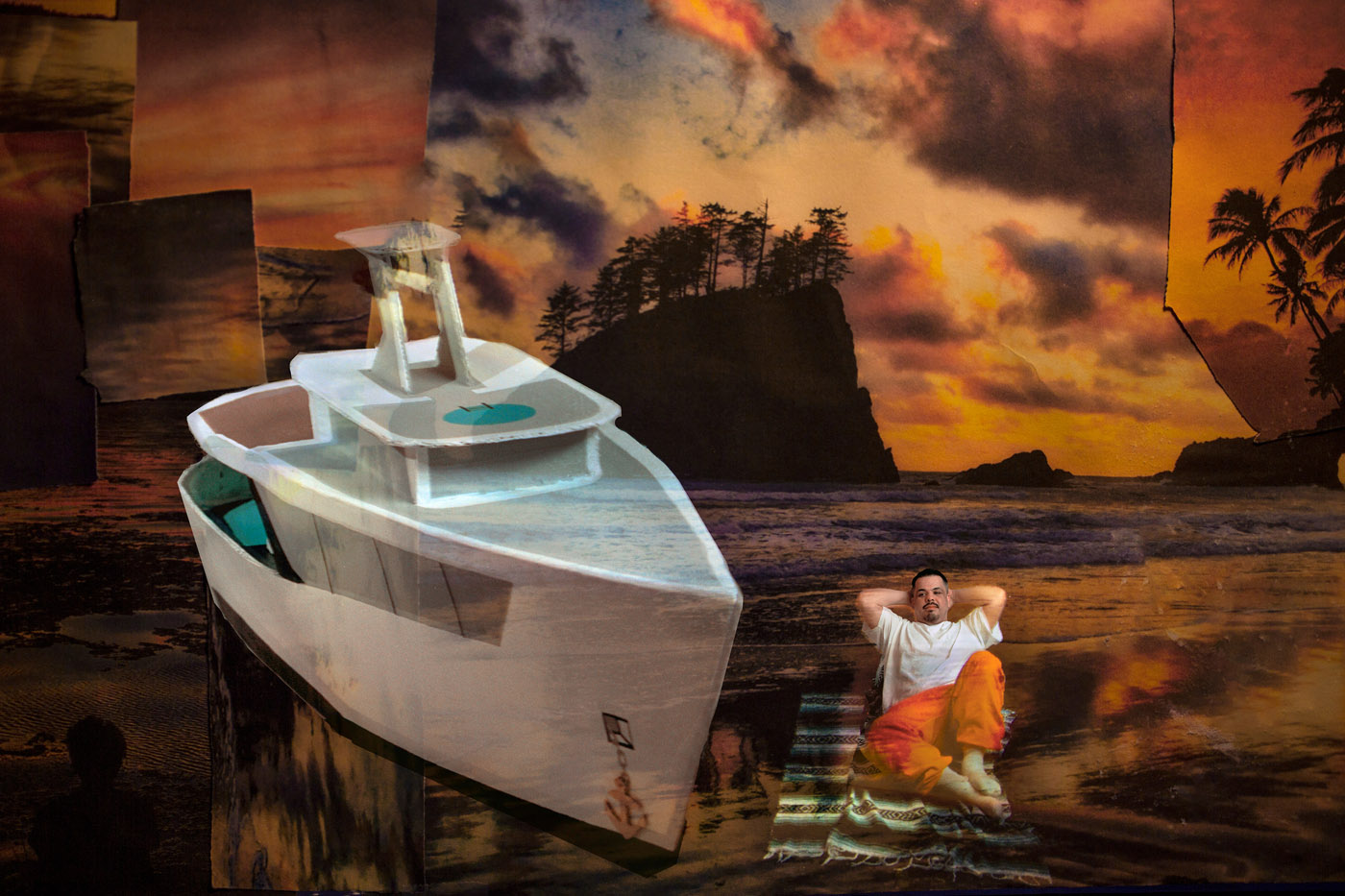 "Caption by Michael: [This] is a dream for my family and myself. A dream of liberation and finical freedom and happiness along with peace... The saying never judge a book by its cover couldn’t be more real to me then a time like now. It’s time to open that book and see whats truly inside. You might have a completely different perspective once you take a chance to see the actual story. Illustrations included. lol. [My hopes/dreams] are to one day be reunited with all my children. To be married and live a happy and peaceful life without hatred and jealous playing any role therein. And to travel the world on my yacht and enjoy life."
Winner: Justin Maxon
Project Statement: Livin’ the Dream 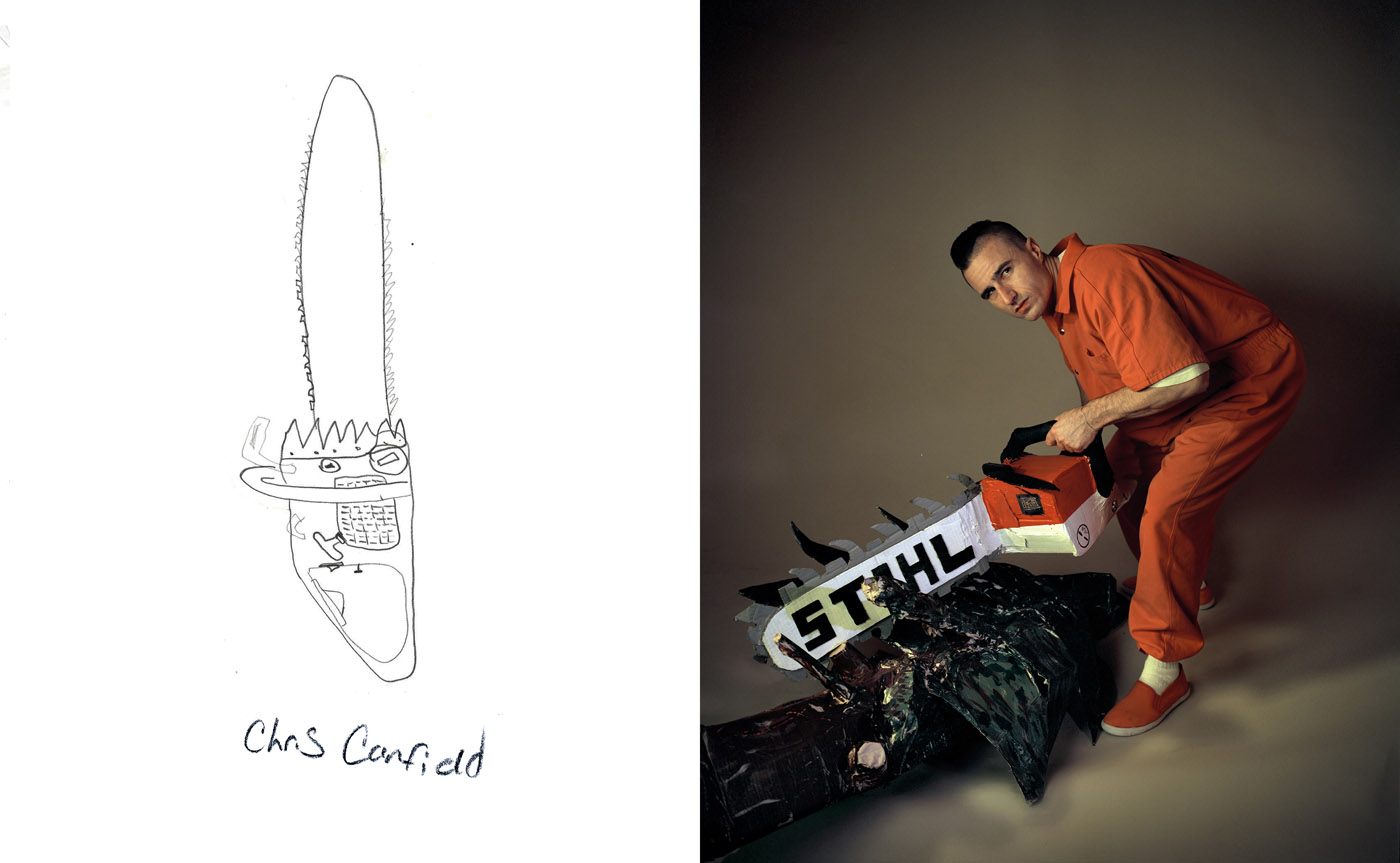 "Caption by Chris: My dream is to fix things... The first thing I ever fixed is a remote control for my Aunt Tami. I love positive action. My Dad was good at construction. He built a few houses before he was murdered in 1990. What motivated me... [was] to... show the community that I am a productive member of society and a hard worker... I cut wood for the elders around Eureka who aren’t able to physically go get it themselves... I struggled with drug addiction for 12 years. Drug court helped me like a guard rail to keep me on tract... While working on myself, I learned that I like to help others. I love our elders... I envy old school. Our elders got us here today, what a better way to repay them than keeping them warm during the winters... When drug court helped me find my way, I hired several males that got out of jail to work for me to start my business. A few are still clean today."
Winner: Justin Maxon
Project Statement: Livin’ the Dream 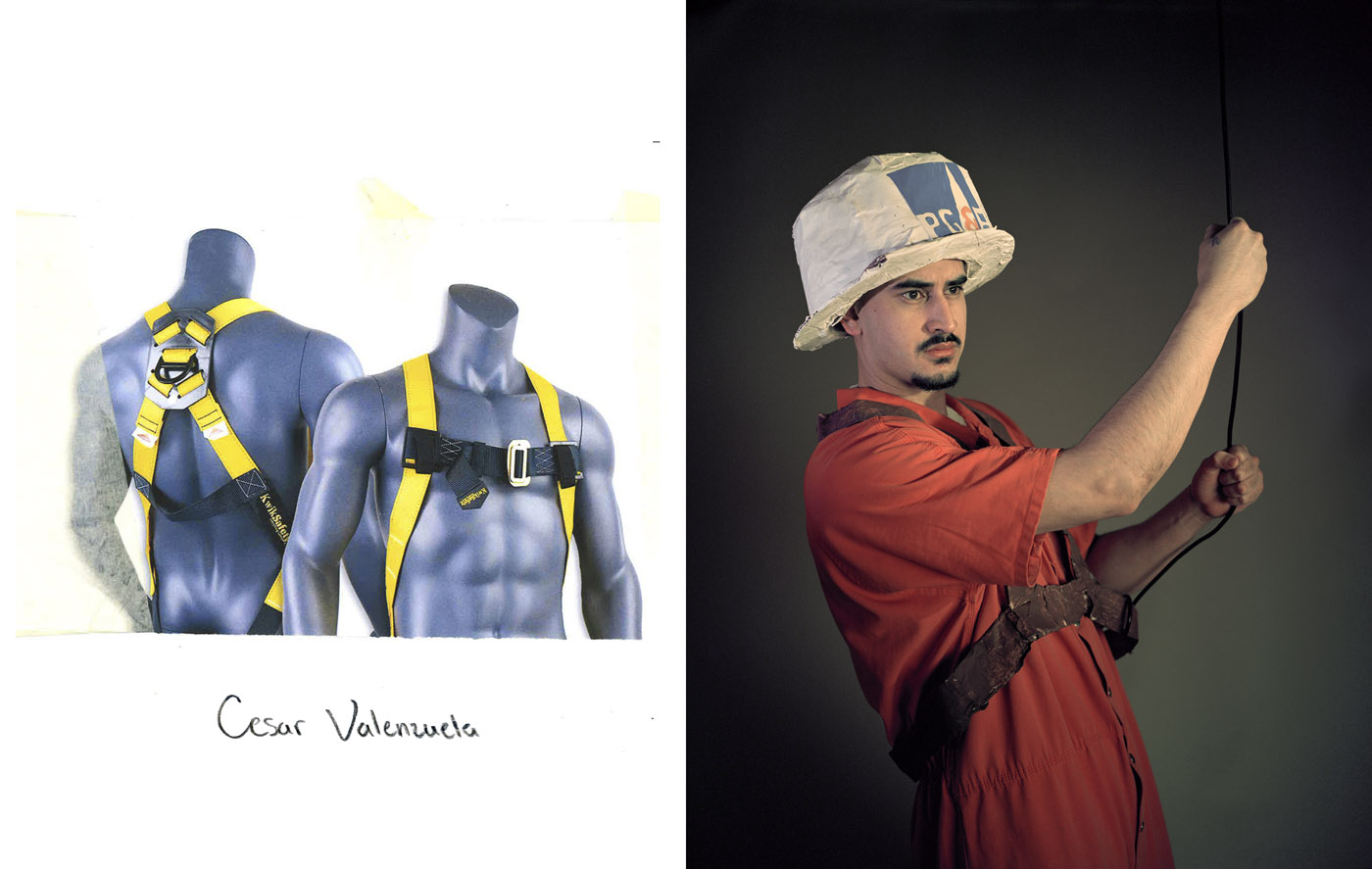 "Caption by Cesar: To be %100 honest my inspiration on the piece that I did was all the commercials that I would see on TV when I was little about PG&E... As an artist, I would help people find good, positive paths to go down in life instead of the rough paths that I went down... I would like to see a society where people get along and help each other and don't involve people to use drugs. I hope to succeed and find a career that I could find happy doing for the rest of my life. I feel like I can succeed, but I am scared because I don't know where it’s going to be like when I get out. I will surround myself with positive influxes and take all the good advice that I receive from others and create my own way with what I am given."
Winner: Justin Maxon
Project Statement: Livin’ the Dream 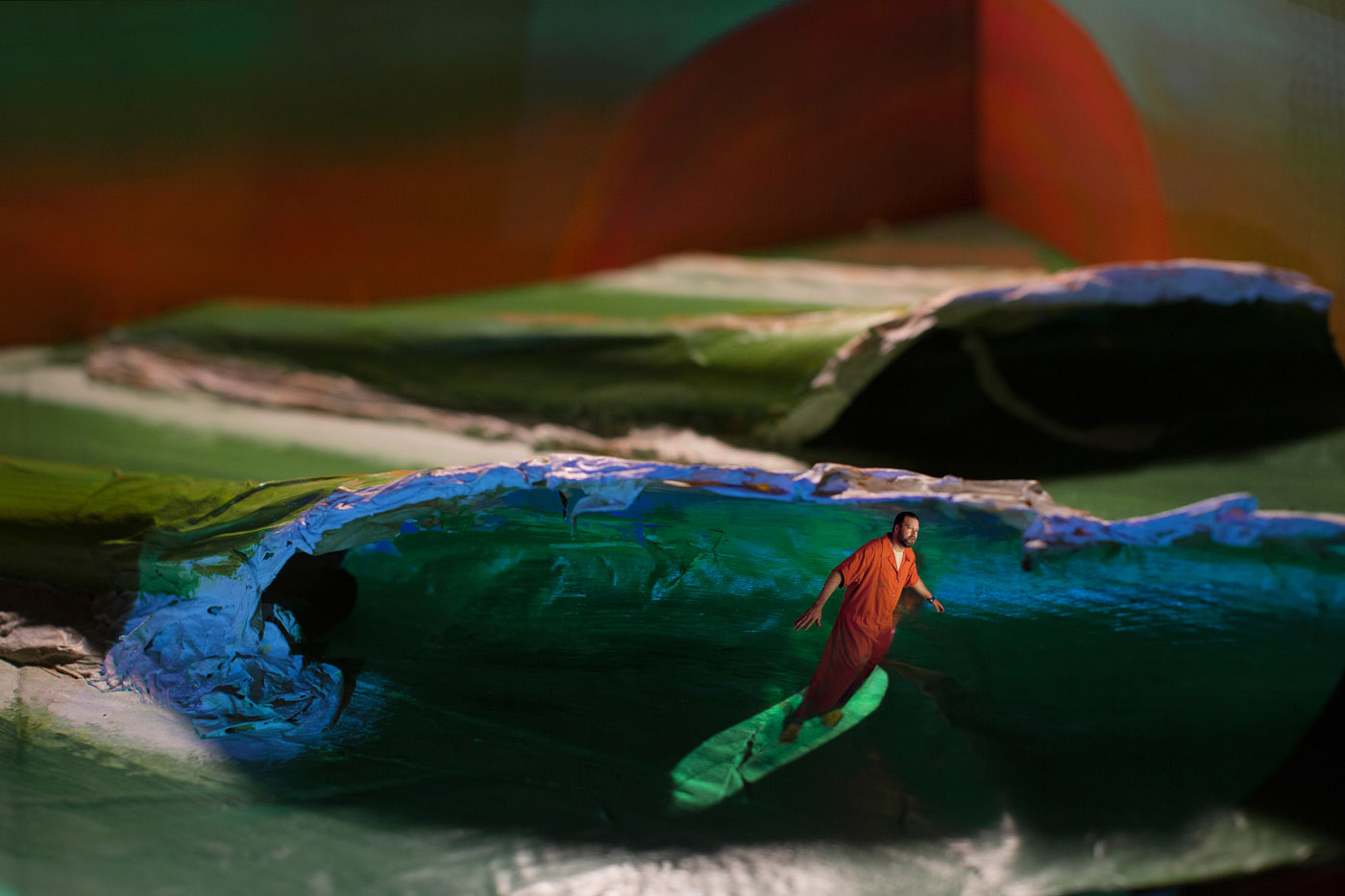 "Caption by Chad: [My aspiration is] To get to move to a warm surf community after winning my case. Surfing double overhead waves and working or owning a small bar on the beach. Making surfboards on the side."
Winner: Justin Maxon
Project Statement: Livin’ the Dream 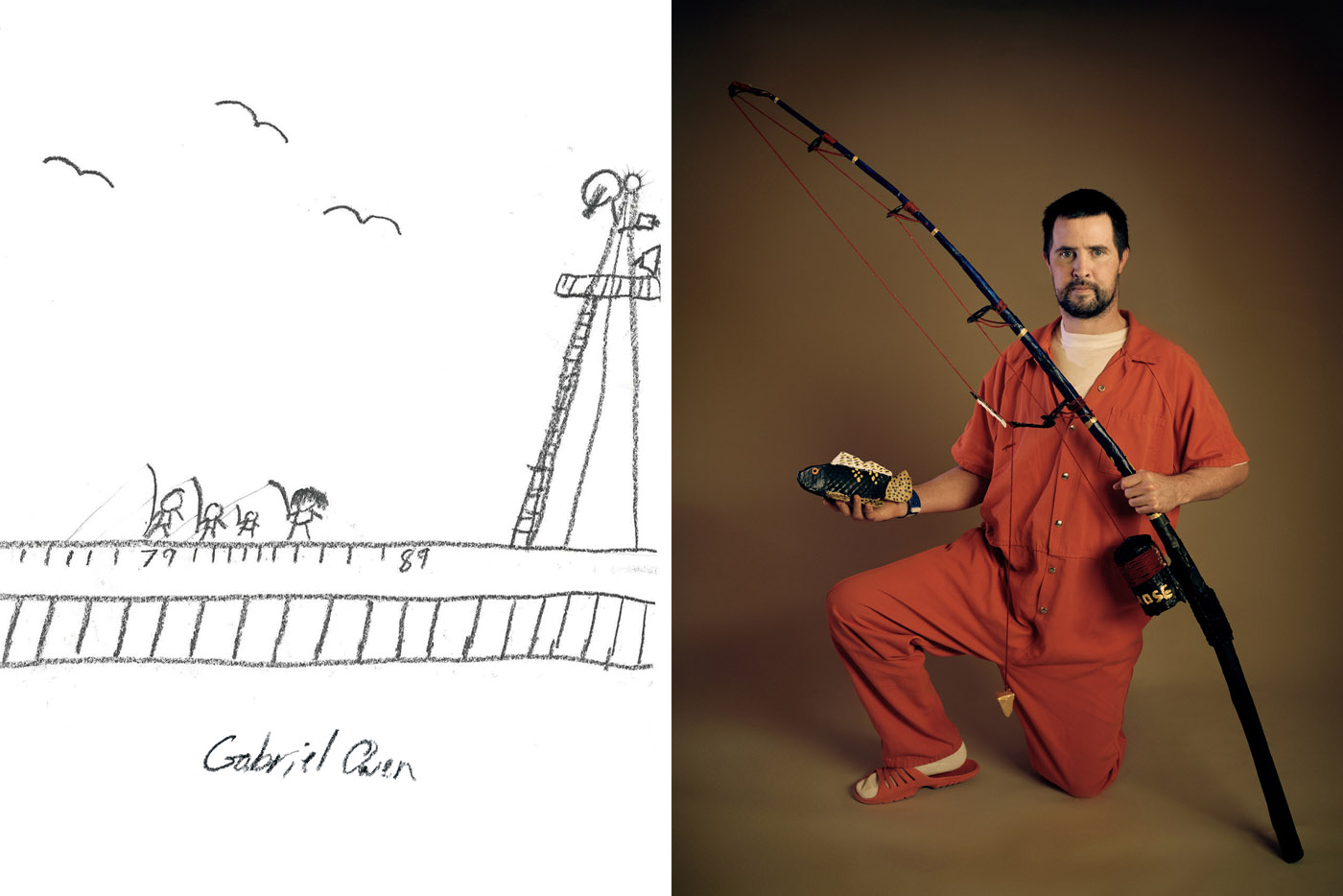 "Caption by Gabriel: My dream is to teach my kids and others and their family how to fish/hunt/live off the land like we are meant to be, not chemicals or plastic rapping on our food, to get away from being dependent... [on] big companies that make life “easier” for some but there is no learning in going to the store to get our food. We need to farm and harvest the land... I have fished since I was 2 years old and it never gets old. It doesn’t matter fresh or salt, I love to get my line in the water, it gives me time to clear my head and think about the Father and what needs to be done in my life. I have started teaching my daughter... she loves to fish and picked it up quick like I did."
Winner: Justin Maxon
Project Statement: Livin’ the Dream 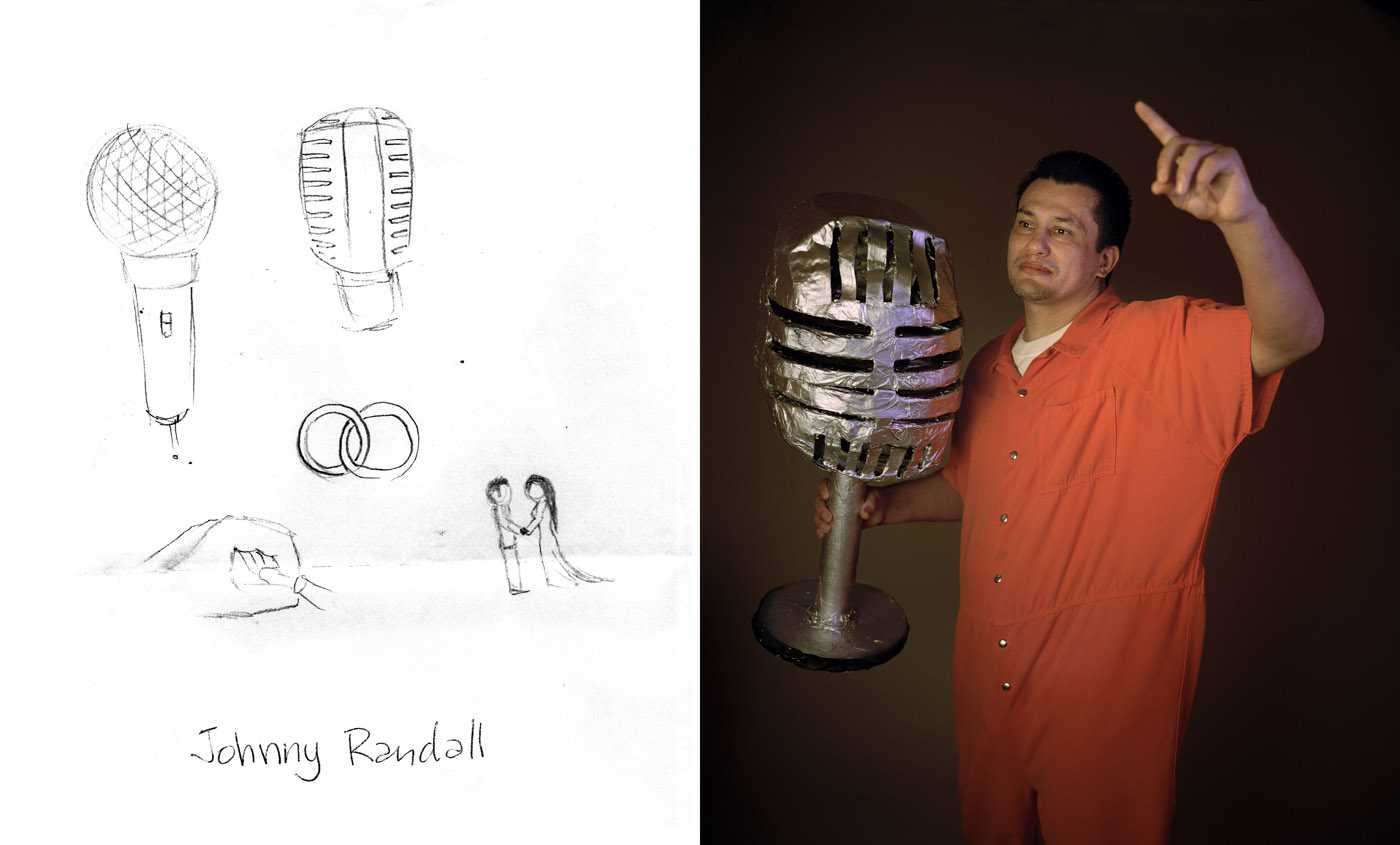 "Caption by Johnny: Johnny Randal is a loving, compassionate (person) father, loyal friend. I am caring and forgiving. My dream is to be a motivational speaker for youth. Painting a picture of the life I grew up in and how it can be different than what I experienced. I experienced violence, drugs, bullies, gangs and prison. Though life doesn’t have to be this way, we all get to make our own choices. Not allowing negative influences to overtake ones life. Speak up when it’s right even [if] it’s not the popular opinion. I believe by sharing my experience of what I went through it may help others not make the same mistakes I did. Being able to get married and have a family that I’m fully committed to is one of my life goals. My life couldn’t change until I was able to fully commit to both feet in."
Winner: Justin Maxon
Project Statement: Livin’ the Dream 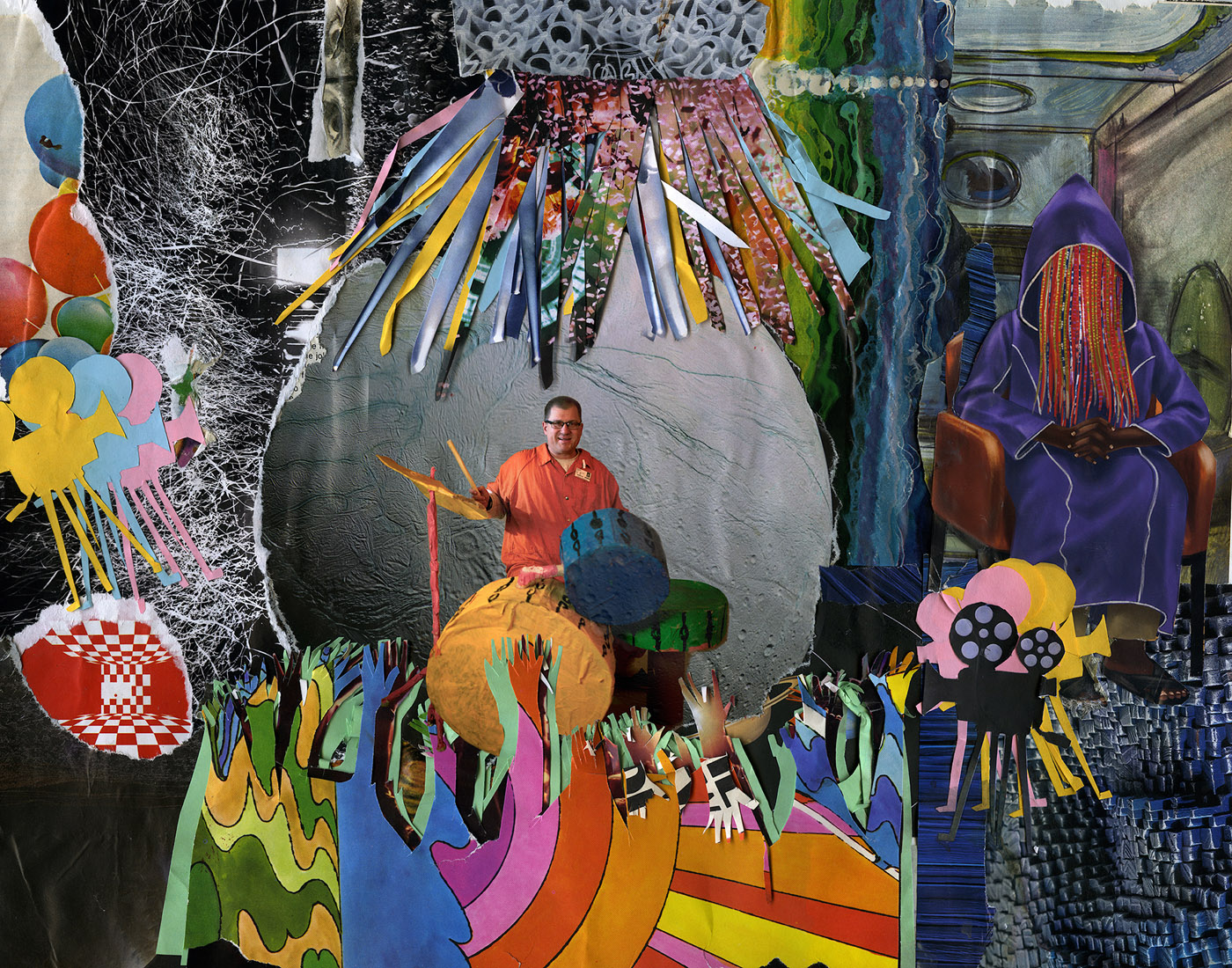 "Caption by Richard: I created, with help, a drum set, basic 3pc kit with one symbol paper mache. I’ve seen some drums being built and painted, and many pro drummers play drums writing piano themes. I’ve played a lot of drum sets and other drums, making music. I have had thoughts of music... I have seen the Mona Lisa which inspired me to be a good painter. I’ve painted murals and played in bands. I can see myself continuing to be an artist when I get out. The role of art in society is to express the creative imaginations of as many people as possible in the community."
Winner: Justin Maxon
Project Statement: Livin’ the Dream

Of the roughly $81,000 California spends annually to house each of its prison inmates, just $2,478 (3%) goes toward rehabilitation programs (2018-2019 fiscal year). Individuals who participated in prison-based treatment followed by a community-based program post incarceration were 7 times more likely to be drug free and 3 times less likely to be arrested for criminal behavior than those not receiving treatment.

In 2015, the Journal of Consulting Psychology released a study on visualization techniques in goal achievement, proving that believing in an outcome can greatly increase the capacity for achievement. The project centered around the participants identifying an aspiration they wish to pursue upon being released and constructing handmade objects, utilizing material available to them, symbolic of their goal. Each participant acted out the corresponding movements that embody their aspiration, as we documented the enactment. Additionally, collages were constructed by each participants that allowed them to further experience the landscape of their aspiration.

It was my great pleasure to serve as juror for CENTER’s 2020 Project Development Grant, which offered me the opportunity to review over 550 fascinating projects in progress. There were many deserving submissions tackling a diverse array of subjects, and it was difficult to choose just one. I selected “Livin’ the Dream,” by the photographer Justin Maxon in collaboration with the artists Leslie Castellano and Laura Montagna, because I was moved by its belief in the power of art to change lives. The work was made with prisoners in the Humboldt County Corrections Facility in Eureka, California as part of their rehabilitation. Using positive visualization techniques, the prisoners enact an aspiration they have for the future. The photographs depicting these enactments, complete with wonderful handmade props, are paired with preparatory sketches and collages made by the participants. The portraits are clearly the product of deep trust between the photographer and his subjects, as the men felt safe to openly express their desires. As a nation we are failing to prepare incarcerated people to succeed on the outside after they have served their time, and this project gave me hope that creative people such as Maxon, Castellano and Montagna can use photography and art to improve the outcomes for people currently behind bars.