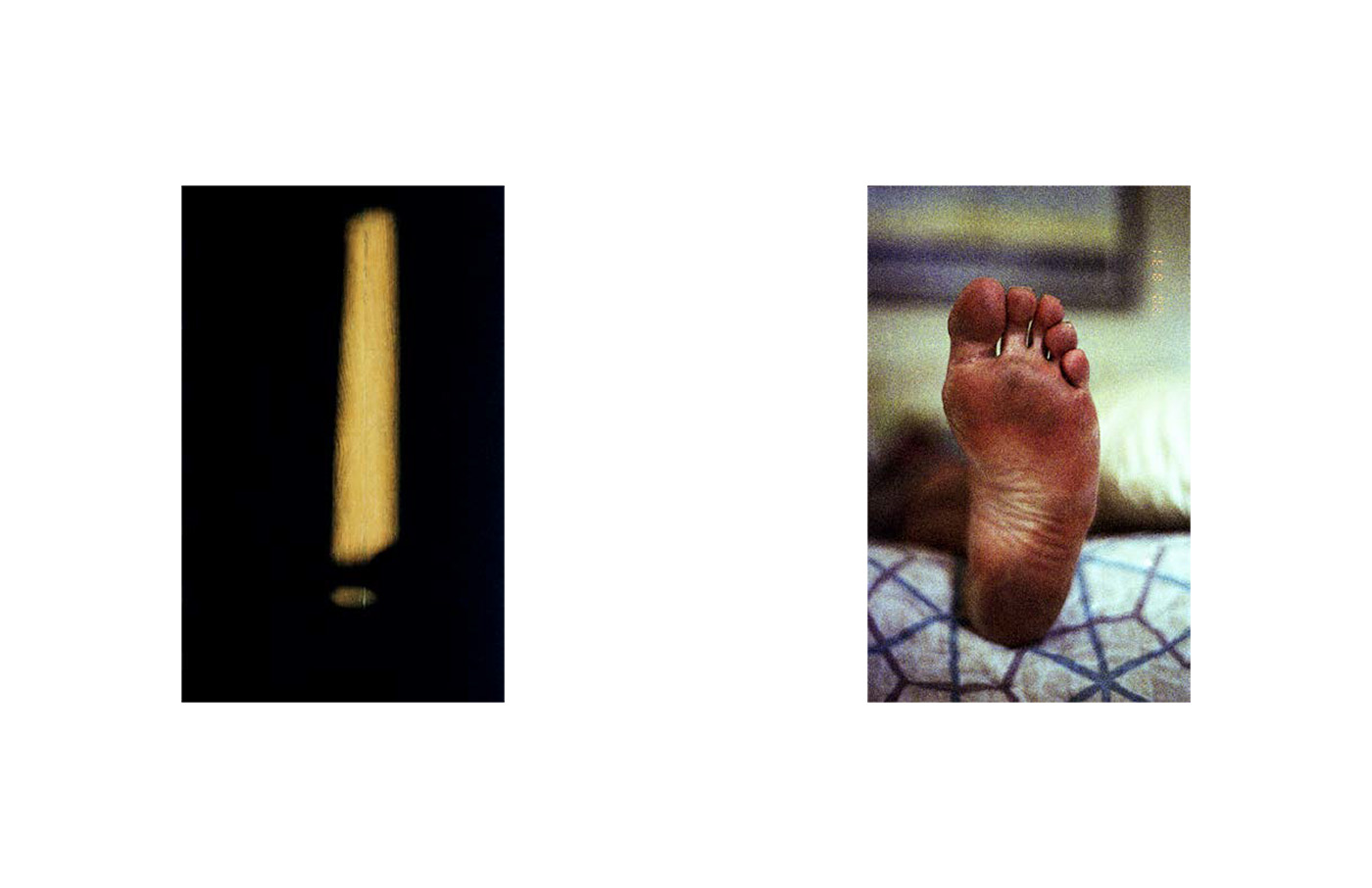 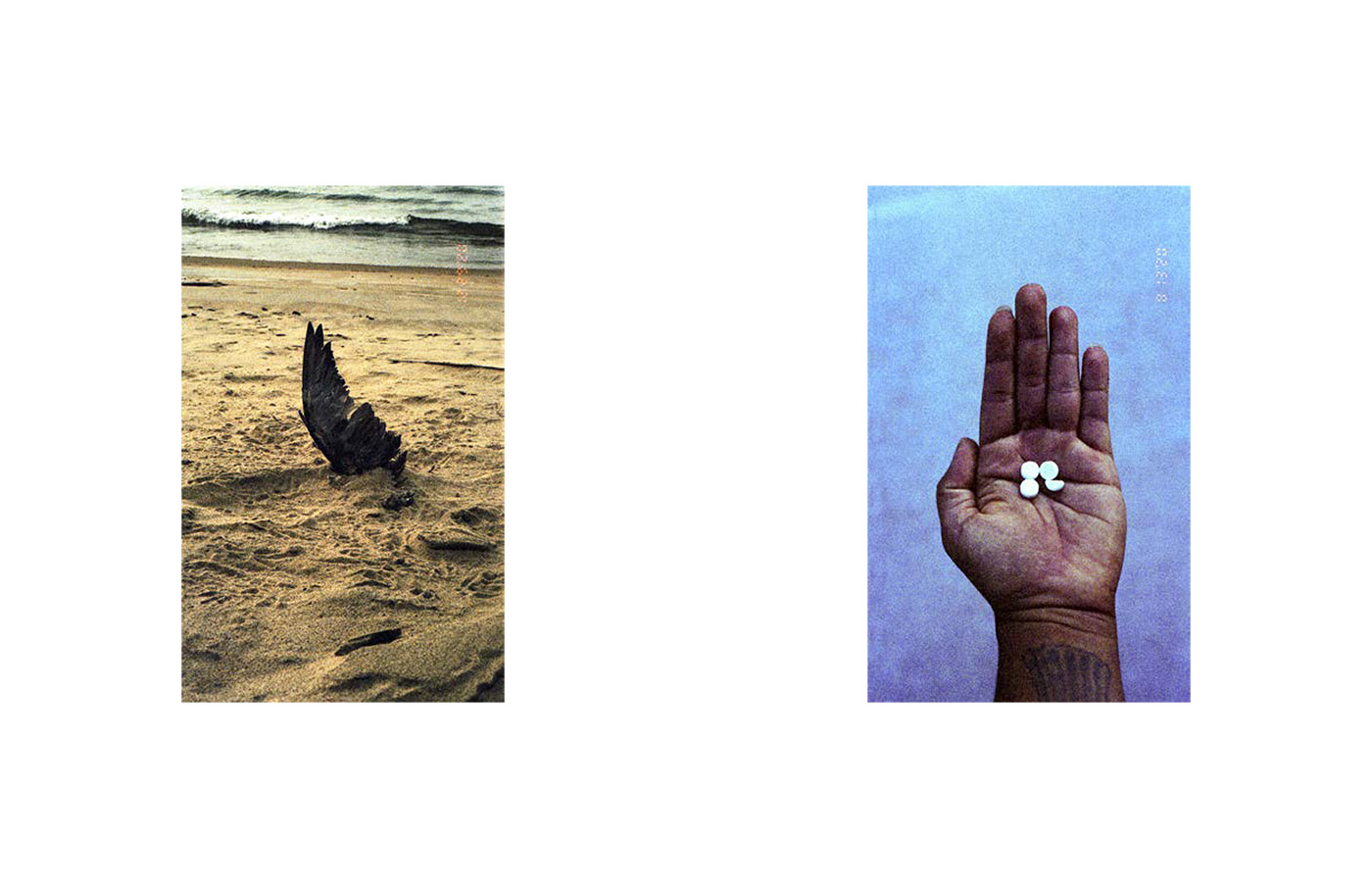 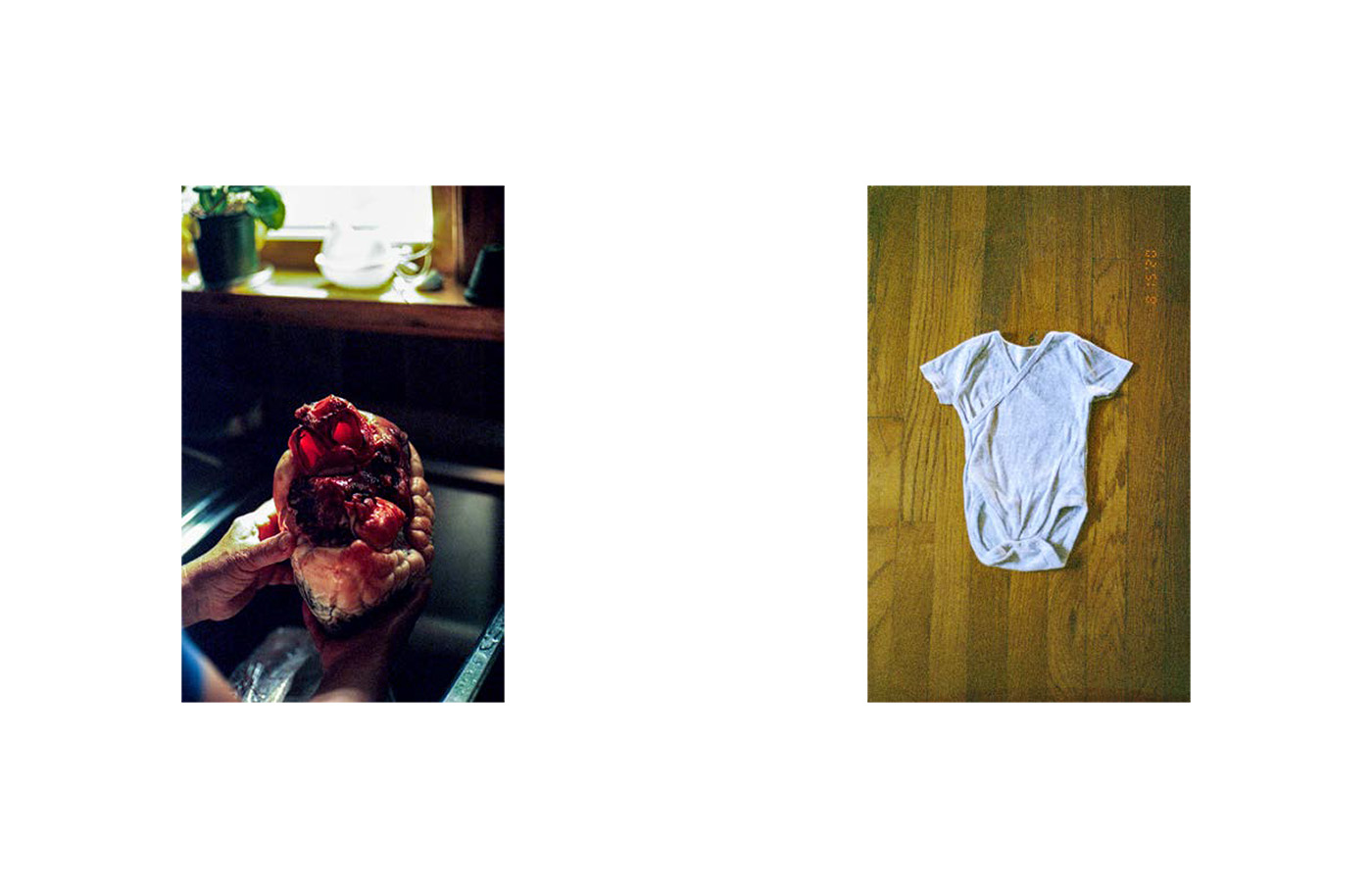 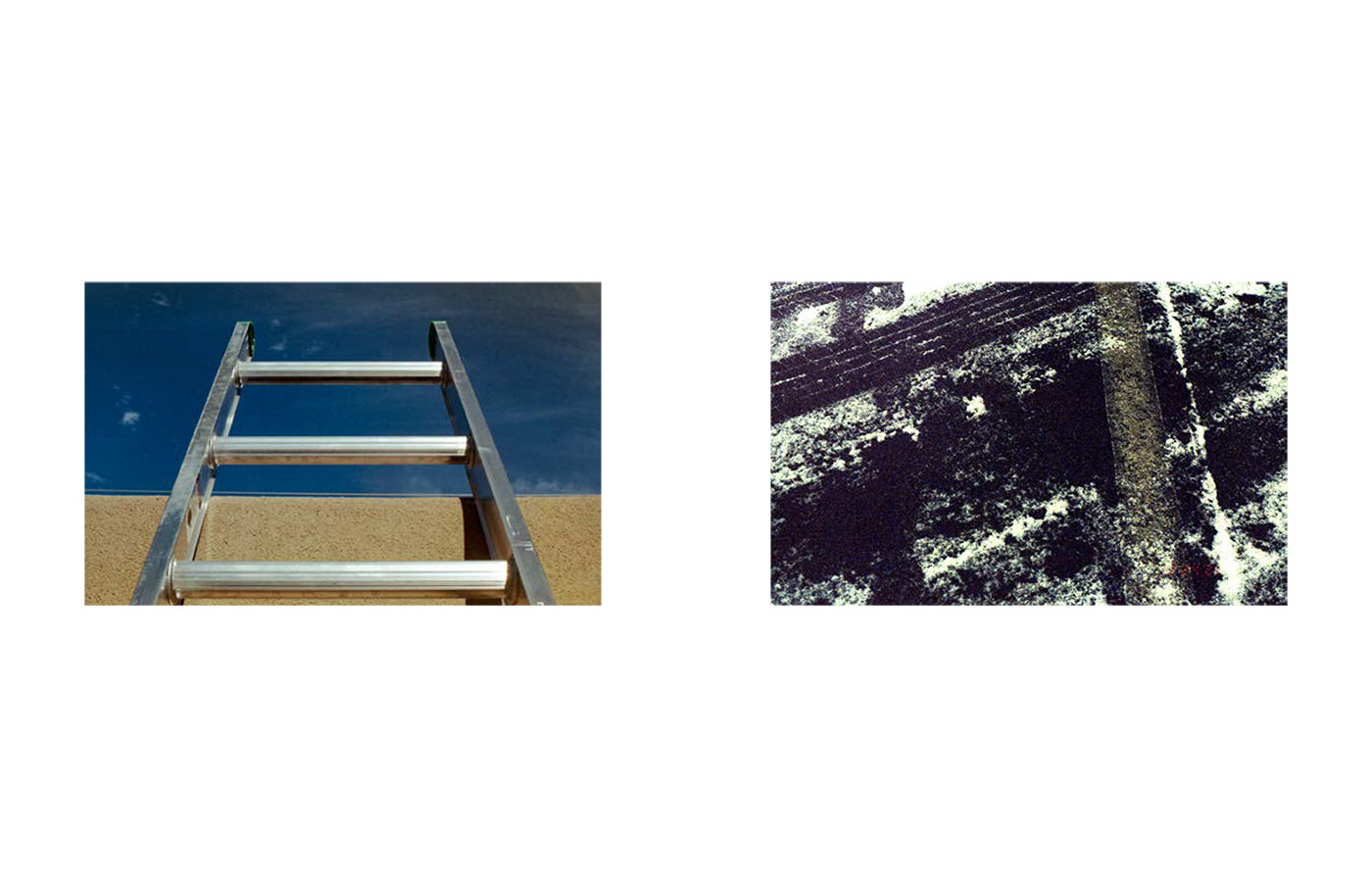 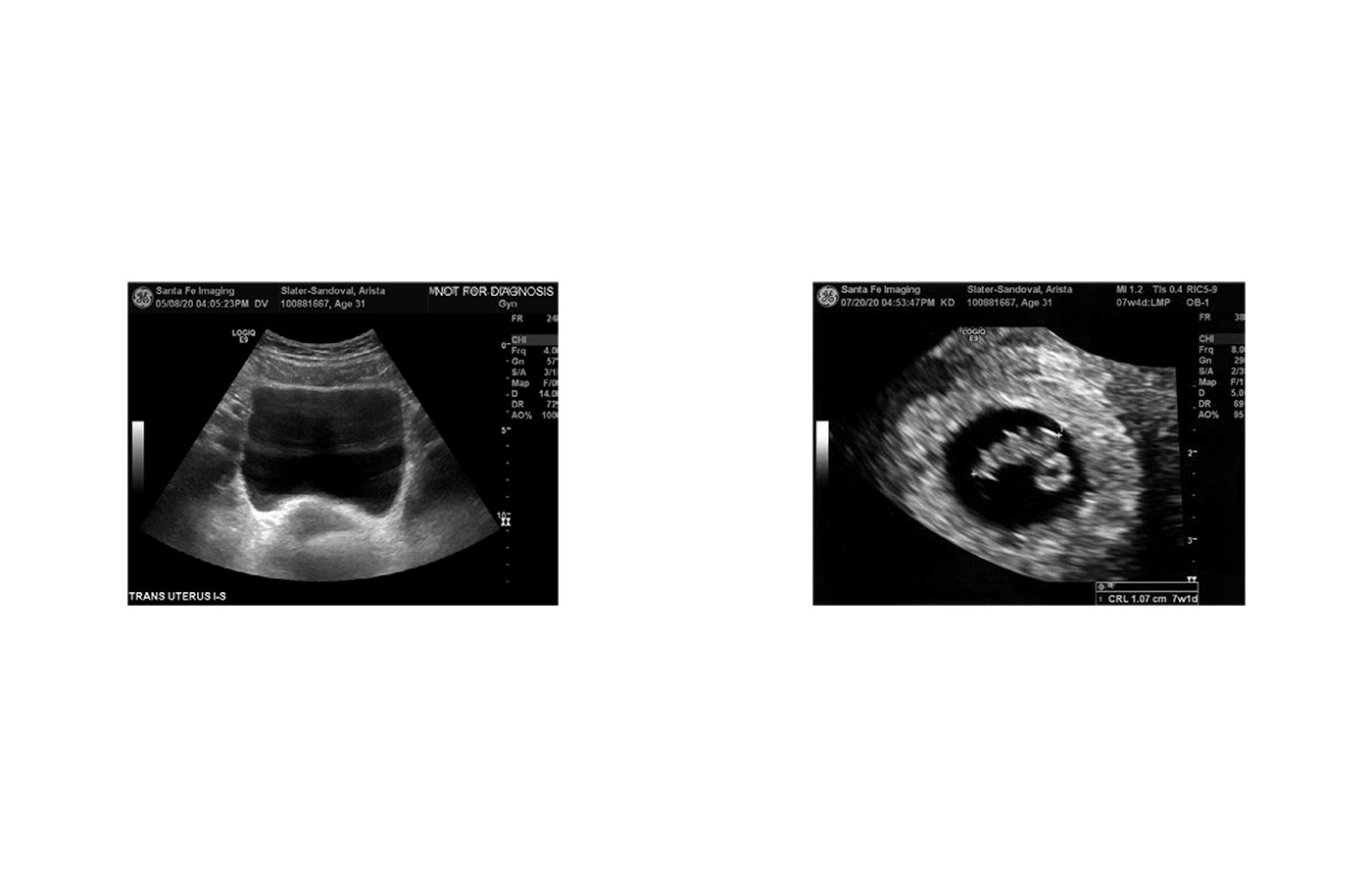 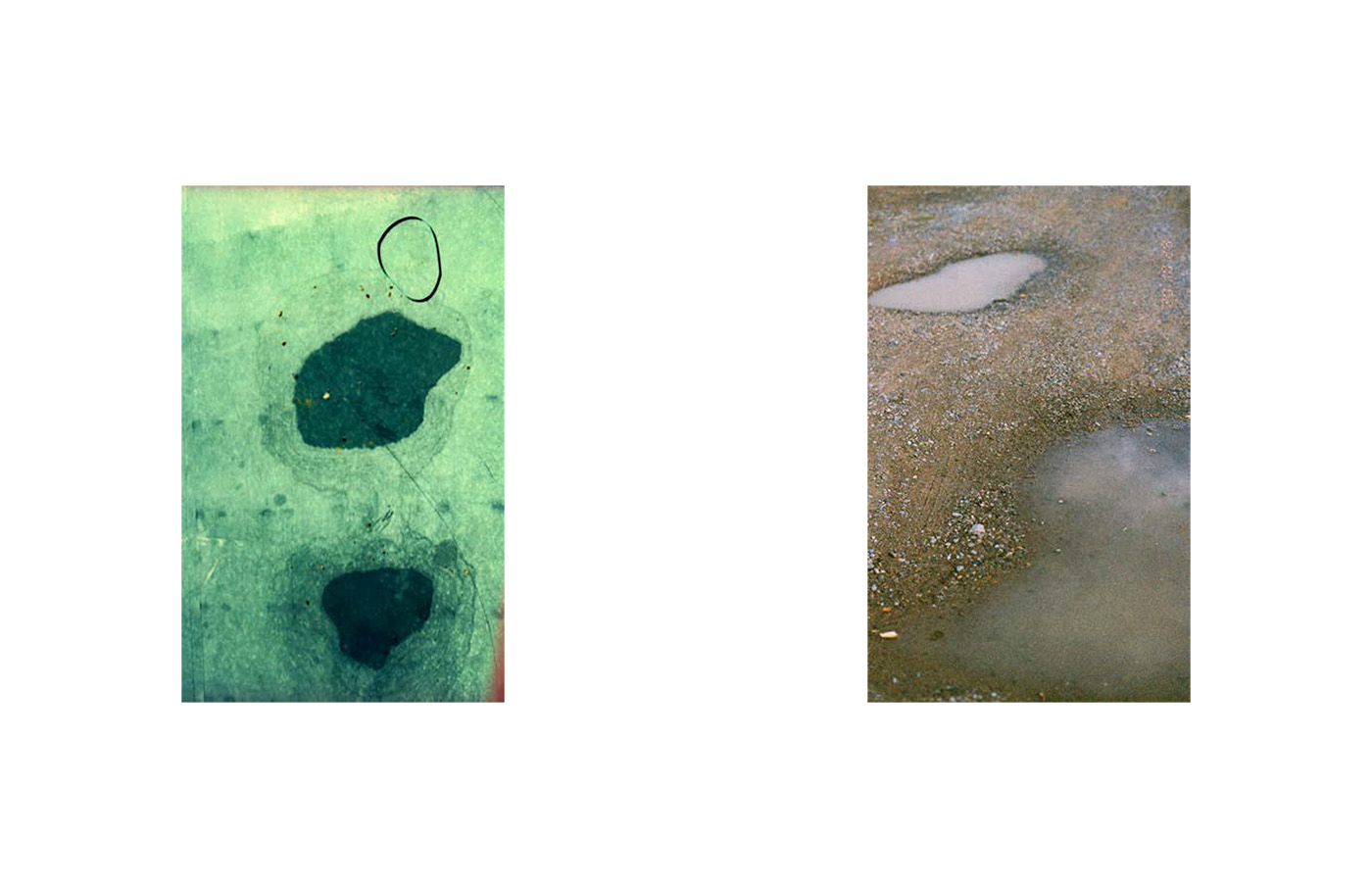 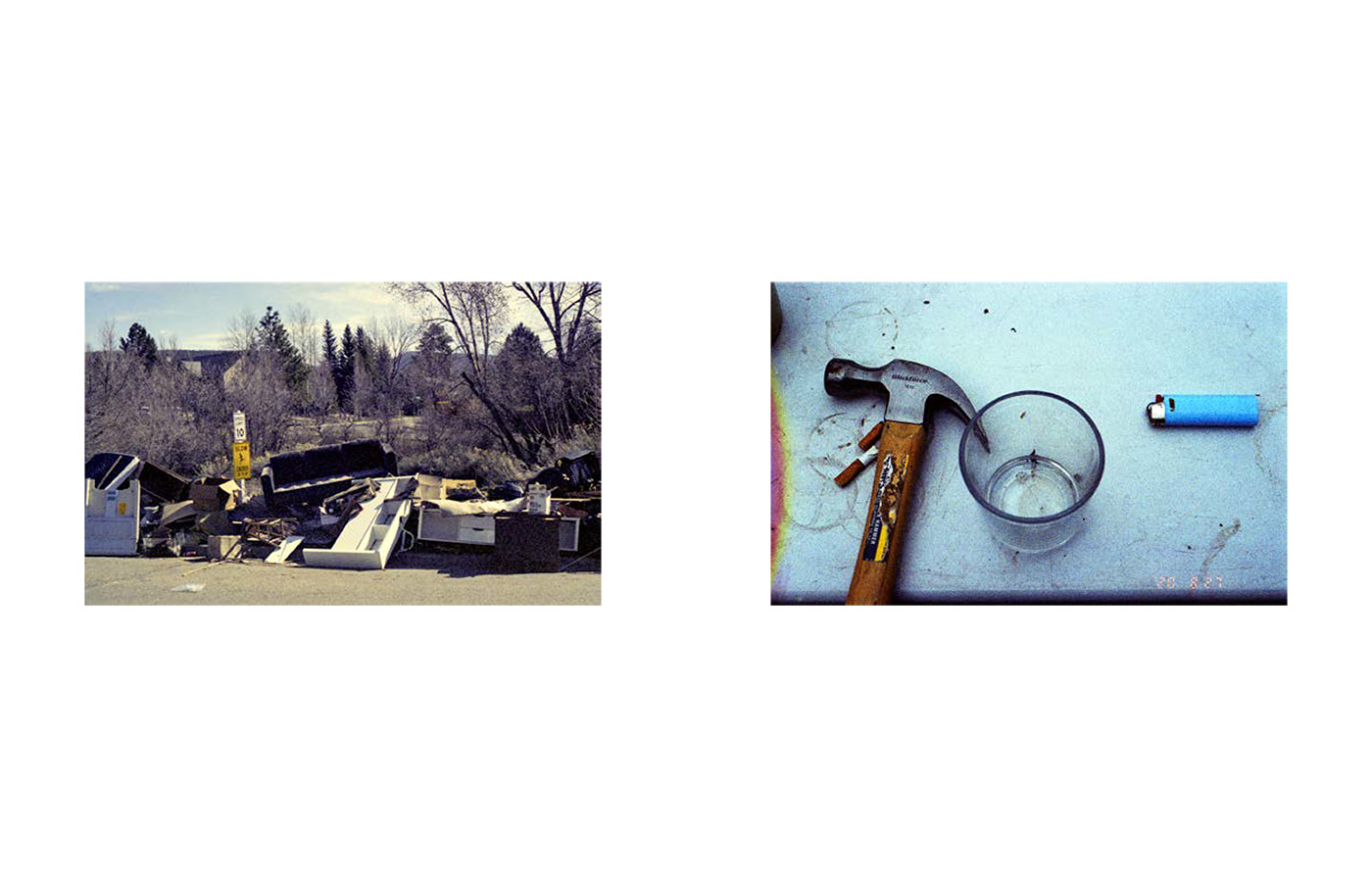 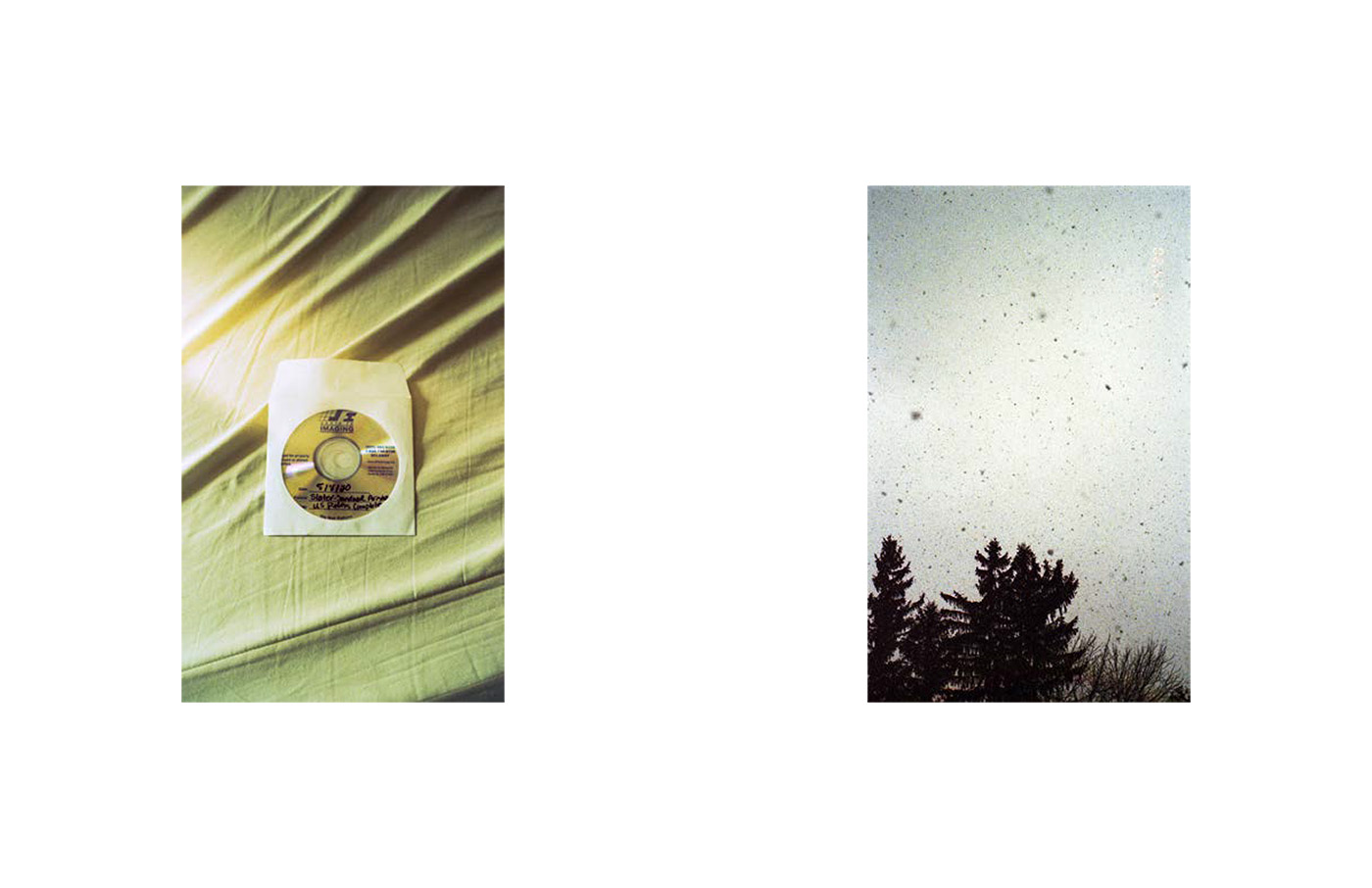 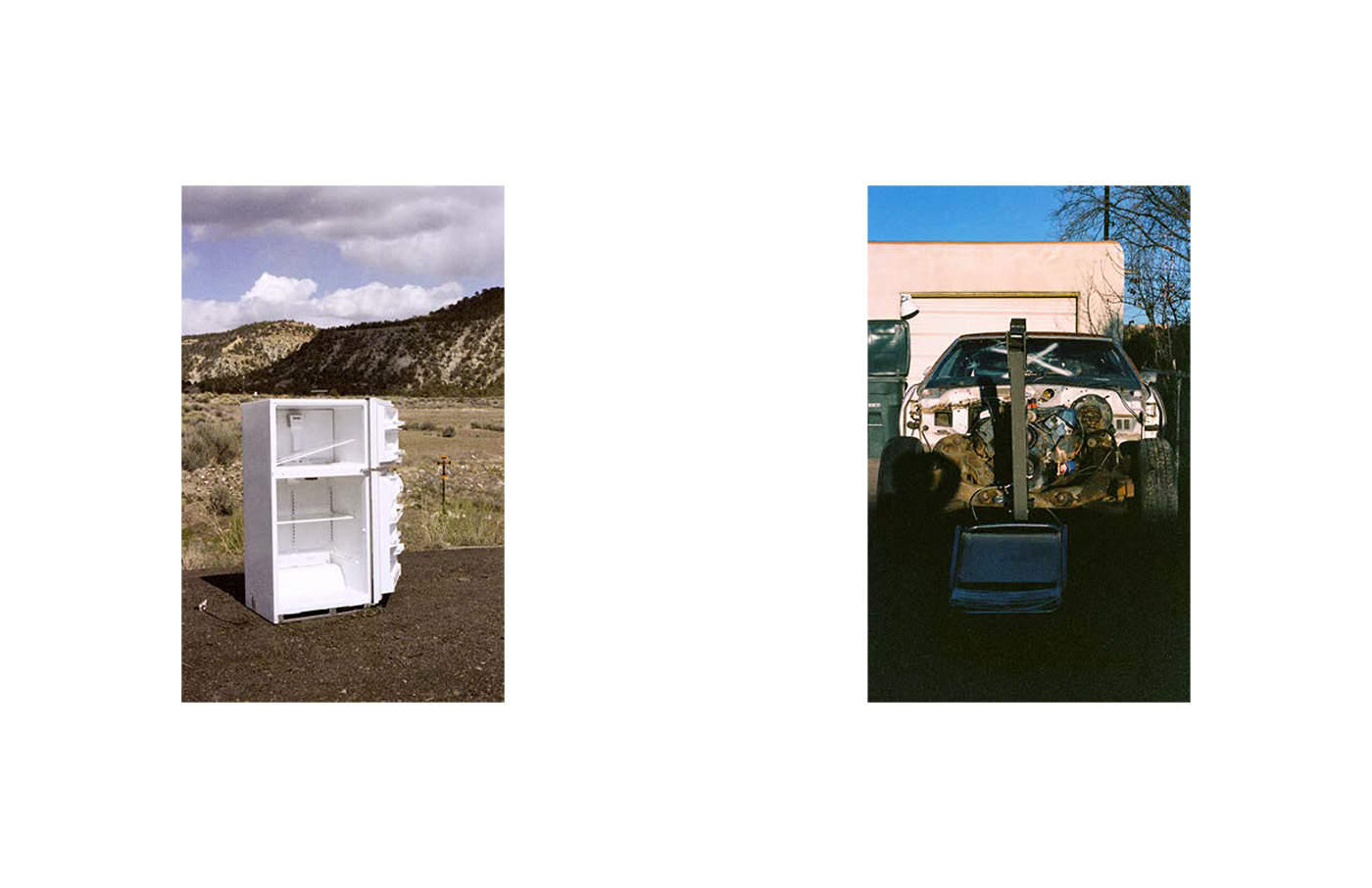 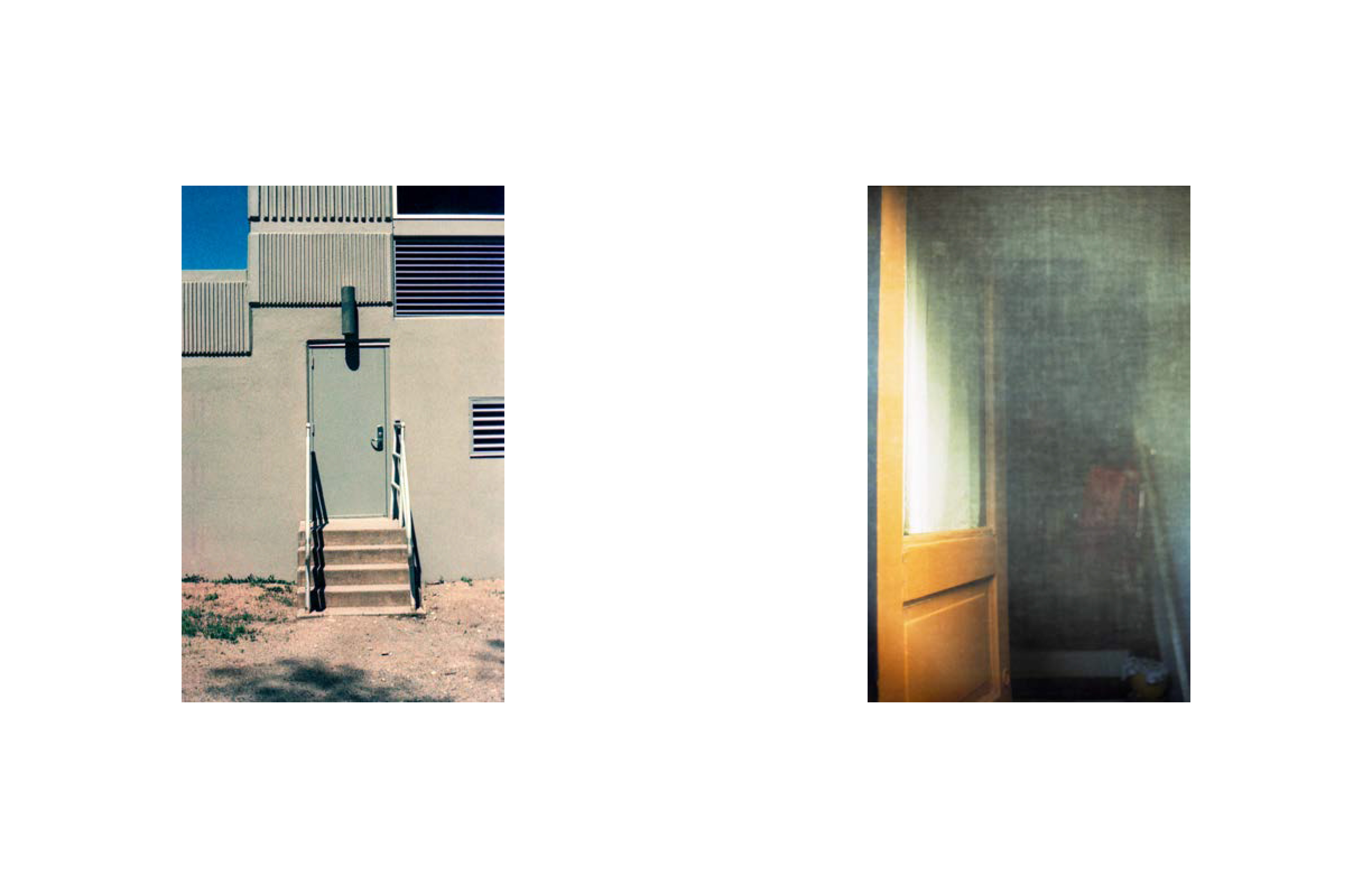 In July 1946, the United States tested two nuclear bombs at Bikini, a small island in the Marshall Islands. My father, Will Whitmore, was a civilian participant in this project, Operation Crossroads. The devastation of the small island, the displacement of 167 Bikini Islanders and the demise of their culture have haunted me for years.

In 1959 my father died of cancer likely caused by radiation exposure during Operation Crossroads. The boxes in which his Bikini memorabilia were stored, however, remained closed for decades. When I opened the boxes in 2018, I discovered his six-month daily journal in which he describes his Bikini experiences, photographs, newspaper clippings, a 16 mm news film, and letters to me when I was six. During the last three years, I have organized and photographed this material.

I have also located archival images of the Bikini people, read anthropological reports from the 1940’s and 50’s and written several essays. The research I have conducted indicates 11 of the original Bikini Islanders are alive today and one-third of Marshall Islanders has migrated to the United States.

Although the Bikini Project began as a personal endeavor and a case study involving Operation Crossroads, the project informs contemporary global issues such as the displacement of indigenous people and the banning of nuclear weapons.

To launch the Bikini Project, I would like to photograph and interview the 11 survivors of Operation Crossroads and to visit the Marshall Islands. Funding from the grant would contribute to travel, logistical and translation expenses.

The submitted images are digitally rendered and will be presented as 13” x 18” archival pigment prints.

Eden in Iraq ( 2011-) is an ongoing body of work seeking completion, national and international exposure, and book form.

The marshes in southern Iraq, formed by the Tigris and Euphrates Rivers, are home to one of humanity’s oldest cultures. These rivers cross on the eastern edge of the marshes, so this intersection is thought to be a possible site of the historic Garden of Eden. The Marsh Arabs developed their way of life around the resources of the marsh, once the third largest wetlands in the world- before being malevolently drained by Saddam Hussein in the 1990’s. Upon the dictator’s demise in 2003, the Marsh Arabs returned to restore their land.

My photographs have been created in tandem with a water remediation project in these wetlands, that I initiated and direct, also called Eden in Iraq. Environmental engineering, design, and wastewater are creating a wastewater garden for health, cultural heritage, and environmental education (www.edeniniraq.com). This project allows me to give back to the community and land that I photograph.

The design for the wastewater garden, inspired by Mesopotamian Embroidered Wedding Blankets, has influenced the digital assembling of the imagery and materials used in my photoworks. Several of the pieces have borders that reference Iraqi rug patterns. The three column photowork, Eden Again, is made from woven threads as a jacquard tapestry. In Iraq, Shi’a Muslims pray 5 times a day on a plenitude of rugs. In addition, the first descriptions of making linen were described on cunieform tablets as early as 2500 B.C. . Thus, some of the images are printed on linen, that can hang and float on exhibition walls. Next October I plan to return to the Iraq marshes to make photographs for final work that remains to be completed. These would include images of water, drought, wildlife, climate change, as well as additional portraits of women and girls. This award would enable me to complete photoworks for exhibition and a new book.

A blight, when referring to land, describes the barren wasteland of an area stripped of its ability to produce life. Visions of once plentiful fields laying fallow produces a profound sadness for the loss of resources and the waste of productivity.

When referring to the female body a blighted ovum speaks to a type of miscarriage most often occurring within the first trimester. In clinical terms, an anembryonic pregnancy occurs when a fertilized egg attaches itself to the uterine wall, but the embryo does not develop to produce a viable life. A pregnancy sac forms and grows but not the embryo itself, no fetal pole (heartbeat) is produced. Now blighted, the womb is a barren land not fit to sustain life, a stark comparison first coined by male doctors in the mid 1800’s.

The dated colloquial terminology used evokes a type of blame accompanied by shame that is peculiar when in association with the female body.

To say a women’s body is blighted and there by incapable to bring about life is completely myopic and damaging. A term applied to the body is consequently applied to the self. I am what my diagnosis says I am.

A miscarriage once does not mean infertility, yet the association of a barren wasteland feels permanent and irreversible. If the body is seen as land, then we must also acknowledge that land once fallow can provide life again.

This book is a reminder of the hope for life, the physical reality for my body, and the lived experiences of grieving two consecutive miscarriages.

As there was no life, no heartbeat, I do not mourn the loss of life but the temporary halting of expectations; an image of myself large in the mirror, the ache of my body after labor in my home, seeing a newborn being held by those I love. These fantasies are gone, for now.

In reviewing the 2021 Project Launch Grants, the strongest projects focused on photographically documenting climate and environmental changes that have a wide cultural impact both regionally and globally, causing sustainability issues that impact various communities. The projects chosen as finalists took their specific cultural needs and sensitivities into account when exploring and researching imperative concepts such as environmental racism, draught remediation, and miscarriage. All three grant finalists had elements of documentary, landscape, and portraiture photography integrated visually through thoughtful layout, image construction, and narrative. Each of the project finalists laid out the research behind their conceptual exploration within the body of work, the way that the work will be exhibited or printed, and how the funds provided by the grant would be used to carry out the project effectively. While the three finalists chosen were in various stages of their project development, they all had a clear vision of the outcome of their projects both conceptually and formally.